If you want to keep up with the flow and rapidly changing tools and tricks that drive massive traffic where the buyers are you have to be involved in Mobile Marketing. It does not matter if it is Mobile Website construction and management, QR Code, Facebook Mobile or Google ads on Smartphones this filed is growing at 18 times a year according to networking manufacturer Cisco.

Last year’s mobile data traffic was eight times the size of the entire global Internet in 2000. Global mobile data traffic in 2011 (597 petabytes per month) was over eight times greater than the total global Internet traffic in 2000 (75 petabytes per month).
Mobile video traffic exceeded 50 percent for the first time in 2011. Mobile video traffic was 52 percent of traffic by the end of 2011.
Mobile network connection speeds grew 66 percent in 2011. Globally, the average mobile network downstream speed in 2011 was 315 kilobits per second (kbps), up from 189 kbps in 2010. The average mobile network connection speed for smartphones in 2011 was 1344 kbps, up from 968 kbps in 2010.
In 2011, a fourth-generation (4G) connection generated 28 times more traffic on average than a non-4G connection. Although 4G connections represent only 0.2 percent of mobile connections today, they already account for 6 percent of mobile data traffic.

Android is now higher than iPhone levels of data use. Toward the end of 2011, Android consumption was equal to iPhone consumption, if not higher, in the United States and Western Europe.

In 2011, 10 percent of mobile devices were potentially IPv6-capable. This estimate is based on network connection speed and OS capability.

The Mobile Network Through 2016

Mobile data traffic will reach the following milestones within the next five years.

• The number of mobile-connected devices will exceed the world’s population in 2012.

• The average mobile connection speed will surpass 1 Mbps in 2014.

• Due to increased usage on smartphones, handsets will exceed 50 percent of mobile data traffic in 2014.

• Monthly mobile tablet traffic will surpass 1 exabyte per month in 2016.

• Tablets will exceed 10 percent of global mobile data traffic in 2016.

• China will exceed 10 percent of global mobile data traffic in 2016. 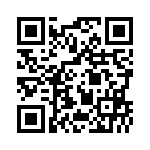 Mobile data traffic will grow at a compound annual growth rate (CAGR) of 78 percent from 2011 to 2016, reaching 10.8 exabytes per month by 2016.
By the end of 2012, the number of mobile-connected devices will exceed the number of people on earth, and by 2016 there will be 1.4 mobile devices per capita. There will be over 10 billion mobile-connected devices in 2016, including machine-to-machine (M2M) modules-exceeding the world’s population at that time (7.3 billion).

Be Informed by Mobile marketing Takeover

This Mobile Marketing course and video offering is online for immediate access and here is what it includes for under the cost of a large pizza. Hear what Mario and Brian have to say about this awesome course and all of the content you will receive below.

Learn everything about Mobile Marketing that is there to know, in no time at all.

We’re covering all the basics in Module 1 ensuring that you get the Mobile Marketing foundation that you need to feel confident and comfortable to move on.

After Module 1 you’ll be able to have intelligent conversations about Mobile Marketing and you’ll be:

We’re handing you 2 proven methods to find a flood of new clients that could pay you every single month.

We’ll provide you with a super professional video from Video Assasin Rob Actis which you can use to grab your prospects attention, impress them and sign them up.

The video is so extremely well done – it’s going to do all the selling for you, literally.

See it in action here:

We also provide you with an email scripts that you’ll use to attract clients to your new video!

Just grab the template, send it out leading your prospects to your brand new amazing video and you are on your way.

We don’t want to give it all away here on this public page but once you are inside the members area you’ll have FULL access to Everything.

I’ll give you a hint though, the method talks about something that no-one else covers…

…and all I say is ‘Franchises’…

This is a HUGE opportunity

This is what will make you a true Mobile Rockstar!

This power-packed Module is all about Mobile SEO and how to use SEO to get mobile websites ranked well.

This topic is still brand new so you can easily compete with the big companies out there and you better jump on board now before it’s too late my friend.

WOW I’m SUPER EXCITED About This One

We interviewed Maria Gudelis & Tina Williams and they shared all their secrets with us.

This webinar will blow your socks off!

Here are just some of the questions that we asked:

What are your 2 hottest strategies to get clients like clockwork?
What services do you exactly offer for highest conversions?
How exactly should others price their services, how should they charge their clients?
What are the best niches to go after?

But that’s not all, Tina then started to share her latest and greatest strategies on Mobile in Combination with Social Media. 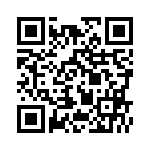 Get Your Extra Videos Here

Our main man Mr. X is going to share the exact strategies that he’s using to get clients, deliver the service and he’s sharing how he’s pricing them.

And that’s just for starters!

Much more content in this Webinar, discover inside who Mr. X is!

Get this incredible value now before out sells out.