Social Media is a great tool to use

for community involvement and access to a wide variety of people locally and around the world. I came across this example: the 10to20 project from Queens, a large rural municipality on the Atlantic coast of Nova Scotia Canada .

They are using a social media campaign on Facebook to reinforce the buying of goods in their communities during the holiday season.

Social media spreads the word not ony to the residents of Queens and Nova Scotia but globally. Their mission is kind of simple:

“If everyone in Queens spent 10% of their income here at home, we would pout $20 million into the local economy! We know you aren’t going to spend it all here, but just spend that little bit more. 10cents per dollar makes a huge difference!”

The project is locally based by the South Queens Chamber of Commerce and the North Queens Board of Trade and the Municipality of Queens. 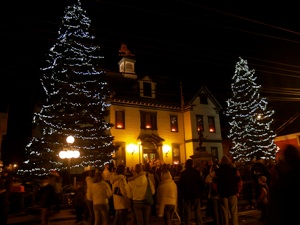 Here is a link to a TV interview about buying local with CTV Atlantic’s Live at 5 program.